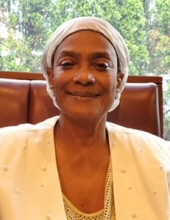 Down through the years
Farewell Address
2 Timothy 4 vs. 6, 7, 8
For I am now ready to be offered, and the time of my departure is at hand.
I have fought a good fight, I have finished my course, I have kept the faith:
Henceforth there is laid up for me a crown of righteousness, which the Lord, the righteous judge, shall give me at that day: and not to me only, but unto all them also that love his appearing.
Wilma Jean Ross Hunt: was born on September 20, 1948. Her father was Robert Ross who was married to her mother Ida Mae Kenebrew.
Wilma was a hardworking student at Crispus Attucks. Wilma will let you know that she grew up in a foster home: she would say that she was left behind, however, she was not forgotten by God. Wilma did reunite with her mom after high school. Wilma attended IVY Tech Community College where she became a license Nurse (LPN)
Wilma never let her pass stop her from reaching her goal, or the love she had for Jesus, the one who came to save her. Saved 26 years, license nurse 18 years, married to Bishop Frank E Hunt DD. Wilma worked with him on his radio ministry, on station WPZZ joy 96, for four years. Voice of the Living God Ministry, better known as Indianapolis, Indianapolis, Indianapolis Jesus is coming.
I started out in the ministry as a missionary in training, to Evangelist, in addition to national chairperson of the women's laity of the BCC organization under presiding Bishop Raleigh Lee Jr.; to Pastor of Jesus My Father's House Prayer Apostolic church. In addition, certified as a Chaplain at Wilshard Hospital and Sunday school teacher at the church I attended.
Furthermore, taken spiritual warfare and prophetic prophecy classes under the instruction of Evangelist Brenda Waldon. She was also, a participant of the God’s Women Covenant Keepers, where Evangelist Brenda Waldon, President.

And the beat goes on!

To order memorial trees or send flowers to the family in memory of Wilma Jean Ross Hunt, please visit our flower store.