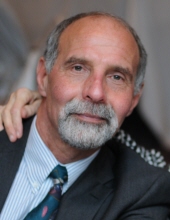 Bill was born on Jan. 8th, 1952, in Indianapolis, In. to William and Mary Francis Volk. Bill loved his sports, especially football and IU basketball.

Bill graduated from John Marshall High School where he was All City Champ in wrestling in 1969. He went on to not only wrestle but play football at Wayne State College in Nebraska where he received a Bachelor's in Economics. From there he received his master's at Indiana University where his love for IU Basketball continued.

Bill worked for Ford for many years, taking him all over the country. He then became an entrepreneur, owning a block masonry company. His true love was educating and teaching others, especially Math. Prior to retiring, he substitute taught and these were some of his favorite years, teaching his students.

He was a devote Christian and attended Glory to God Church. His hobbies included going to the local YMCA, swimming, walking, watching sports and playing the lottery.

Bill will be remembered for his friendly personality. Those who knew him well would say "he never met a stranger". He laughed often and he loved getting to know and talking to those around him.

A Celebration of Life will be held on Thursday Feb. 10th at Indiana Funeral Care in Indianapolis, In from 4-6pm. Visitation from 4-5 and the service to follow.
To order memorial trees or send flowers to the family in memory of William Volk, please visit our flower store.