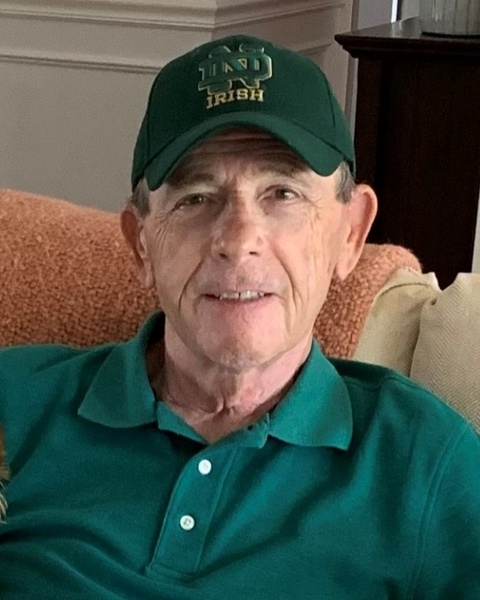 William E Perriguey, 74 passed away on September 14, 2022 in his home surrounded by his family.  He was born in Fort Wayne, IN and lived the past 14 years in Fishers IN.

He was a son of the late Gerald and Maurine Perriguey.  He is also proceeded in death by his brothers, Gerald (Barbara) Perriguey II and Michael (Martha) Perriguey.

He was a veteran for the United States Army and spent his career as a salesman for Sears Roebuck and Company for 34 years.  No one was a stranger to Bill, he talked to everyone like a friend and always greeted you with a smile.  His personality was infectious to all.  He was a great story teller and could make you laugh for hours.  He was a man who loved his family fiercely.  Bill, had a passion for golf, pool and Notre Dame football.  He truly was a special man.

He left behind his beloved wife of 42 years, Virginia (Badders) Perriguey.

He was a wonderful grandfather to 6 grandchildren and had many wonderful nieces and nephews.