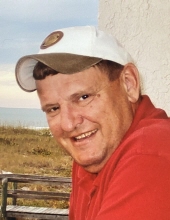 Wayne served in the Indiana Army National Guard (INARNG) for 38 years retiring as a Colonel. He cherished his time in the military and was a respected leader. After retiring as Chief of Staff of the INARNG, he had the opportunity to start The Hoosier Youth Challenge Academy in Knightstown, IN in 2007. He felt this position was the most meaningful work he did. He retired from the Academy in 2014.

Wayne married Patricia Hill on May 9, 1997, and she preceded him in death on December 26, 2015. He and Pat enjoyed golfing, going to their condo in Florida and pampering their dogs. He also spent several hours per year wrapping the family’s Christmas presents that Pat lovingly bought.

Wayne is survived by his daughters Lisa (Brian) Caito of Carmel, IN, Mendy (Brian) Werne of Indianapolis, IN, Erin (Frank) McDaniel of Manilla, IN, and Kelly (John) Cherry of Rushville, IN. He will also be missed by his grandchildren Kyle (Kate) McDaniel, Katelynn (Dom) Flynn, Andrew & Alex Caito, Jake & Luke Werne and great-granddaughters Mallory & Annie McDaniel. He also leaves behind a brother, David (Glenda) Hill, and sister, Beverly (Larry) Burris and several nieces and nephews.

A memorial service to celebrate Wayne’s life will be held on Tuesday, November 30 at Indiana Funeral Care, 8151 Allisonville Road, Indianapolis. His family welcomes you to visitation beginning at 10 am until the services at 12 pm.

Online condolences may be made at www.indianafuneralcare.com. In lieu of flowers, memorial contributions in his honor may be made to the HYCA Foundation, 10892 North State Road 140, Knightstown, IN 46148.
To order memorial trees or send flowers to the family in memory of Wayne Lee Hill, please visit our flower store.