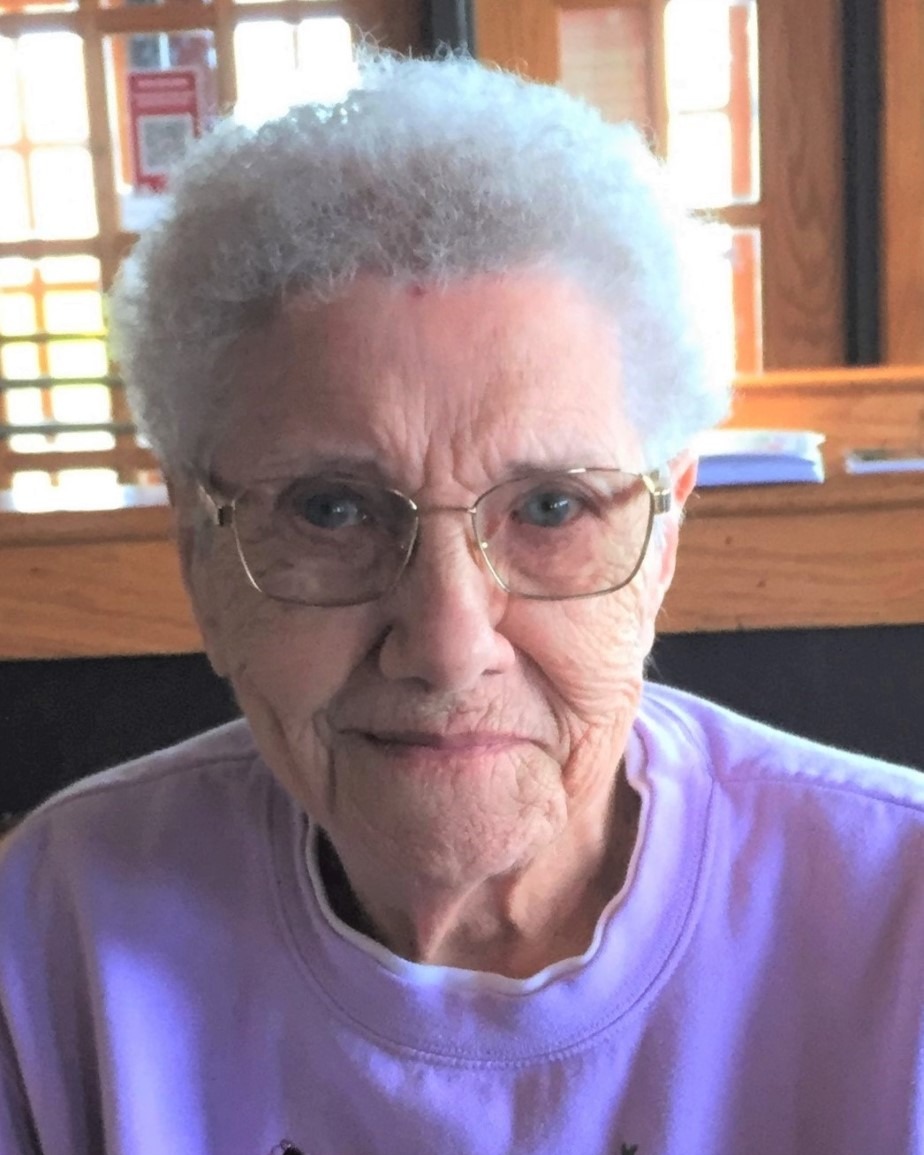 Her family moved to South Bend, Indiana where Virginia graduated from Central High School and began working for an attorney’s office as clerical support. During WWII she met the love of her life, Roger Bill and they were married on June 12, 1948 at St. Matthew’s Catholic Church, South Bend, Indiana. After starting their family, a transfer by Roger’s job brought them to Indianapolis, Indiana in 1965. Roger passed away in 1974 and Virginia continued her employment with the Nabisco Corporation until her retirement in 1989.

Virginia’s talents were many and she could crochet for hours making afghans that she would give away. She was a beloved wife, mother, grandmother, and great-grandmother who enjoyed having fun with her family. Virginia was an active member of Holy Spirit Catholic Church on E. 10th Street in Indianapolis and enjoyed activities with her church friends. Her favorite things to do were to play 500 Rummy, Euchre, be on a boat that never set sail, and of course “The Wheel” every night at 7:00 p.m.

A private family viewing was held on Monday, August 29th at Indiana Funeral Care. Visitation will be on Saturday, October 1, 2022, at Holy Spirit Catholic Church at 9:00 a.m, 7243 E 10th St, Indianapolis, Indiana 46219, with Mass immediately following. Burial will be at Washington Park East 10612 E Washington St, Indianapolis, IN 46229. In lieu of flowers, memorial contributions may be made to the American Cancer Society or the Alzheimer’s Association.

To order memorial trees or send flowers to the family in memory of Virginia L. Collier, please visit our flower store.
Send a Sympathy Card