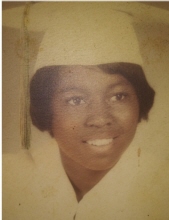 Vicki loved her sports and her family. She retired early to raise her two daughters Jerry (Benberry) Sharp, and Jennifer Benberry, with her late husband, Charles Brents. Vicki loved basketball, specifically the Indiana Pacers and the Indianapolis Colts. A game did not air that Vicki did not see. Vicki loved telling stories and making people laugh. She will be greatly missed.