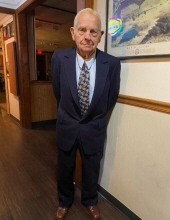 Thomas M. Branning, of Indianapolis, Indiana, age 89, slipped into a peaceful, eternal slumber at his residence on Thursday, May 27, 2021.

Born July 30, 1931, he was a lifelong resident of the near northside of Indianapolis and graduated from Broad Ripple High School, class of 1950. He entered the United States Marine Corps, serving in the Korean War as a military helicopter mechanic and was honorably discharged as a Staff Sargent.

Tom was employed by the John Kleinops Construction Company, Indianapolis, as a Residential Construction Foreman. He oversaw the construction of many homes in the Royal Pines and Normandy Farms neighborhoods and retired in 1996. Bored with retirement, he went on to work as a parts delivery man for International Auto Parts and later, as a floor associate for Sullivan’s Hardware, both of Indianapolis.

He was a dedicated, lifelong member of the Robert E. Kensington American Legion, Post #34. He spent many hours there, enjoying a beverage with friends, and dispensing advice. An avid woodworker, he built many pieces of furniture and the house he lived in.

Tom is survived by his two daughters, Blythe Kleinschmidt (Tom) of Indianapolis, IN and Ann Branning-Koval (Emil) of Alexandria, VA. Two sons, Thomas N. Branning (Lynda) of Carrollton, TX and Bill Branning (Shirley Yanke) of Las Vegas, NV. Two sisters, Margaret Gann of Indianapolis, IN and Mary Denton of Shelbyville, IN. 9 grandchildren and 5 great-grandchildren. He was preceded in death by his parents, Fred & Emma Branning, sister Carolyn Trowbridge and brother, George Branning as well as his wife, Mary Sue Branning and his first wife, Virginia Ross-Branning.

Visitation will be Friday, June 4th from 12-2pm at Indiana Funeral Care at 8151 Allisonville Road, Indianapolis. Internment with full military honors will follow at Washington Park North. In lieu of flowers, memorial contributions can be made to the Robert E. Kensington American Legion Post 34, 2201 E. 54th Street, Indianapolis, IN

Tom was a Son, a Brother, a Veteran, a Husband, a Father, an Uncle, a Grandfather and a Friend. He will be missed.
To order memorial trees or send flowers to the family in memory of Thomas M. Branning, please visit our flower store.