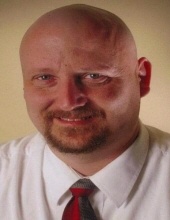 Terry Jessie, 56, of Whiteland, IN passed from this life into eternal life with Jesus Christ on Sunday January 16, 2022 at 6:34P with his mother, Janice, and twin sister, Sherry, by his side.

Terry was born in Indianapolis, IN August 31, 1965 and was 3 minutes older than his twin. Terry was the son of step father Sonny Jessie and mother Janice Jessie and father Charles & step mother Nancy Muench.

Terry graduated from Avon high school in 1983 and joined the Army that same year where he proudly served his country at Fort Benning, GA as an Airborne Ranger.

Terry later became an over the road truck driver for over 30 years.

Terry loved to play cards and games with family and was happiest when surrounded by family and friends.

Terry was a loving Christian man, who shared his faith with joy.

A graveside service with full military honors will be held on Friday, October 14, 2022 at 10am at Crown Hill National Cemetery, 725 W. 42nd St., Indianapolis, IN 46208. All those who plan on attending will meet directly inside of the front gate where a line will be formed before driving back in procession.

To order memorial trees or send flowers to the family in memory of Terry Andrew Jessie, please visit our flower store.