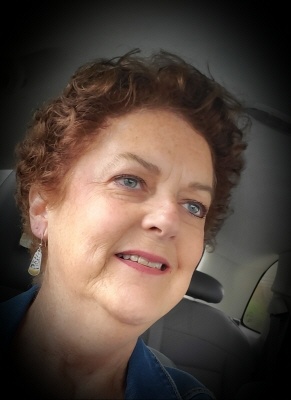 Teri will be remembered by everyone in many ways. The memories of times spent doing little things in a big way throughout her battle with cancer and the years that followed are priceless. She had a great sense of humor and loved to laugh. She was a loving wife, mother, and friend to those closest to her. She was gifted in so many ways from her singing voice, her love of dance, her ability to sew anything, including making quilts. She always had a project going on, from cross stitching to reupholstering furniture to completely relaying the bricks on her back porch; her talents were endless. Her love of friends and family was just as big. Teri talked a lot about growing up with loving parents and spending vacations in Florida. She loved to travel to the ocean, collecting seashells and spending time in the sun.

Teri was an avid lover of animals, especially her baby, Holley, her beloved Shit Zhu along with her two cats, Precious and Peanut. Teri was very creative and loved working with her hands. Quilting and sewing were two of her many passions. She enjoyed working outdoors and loved growing her own vegetables.

Teresa Kay (Foster) Planalp, 63, passed away on December 7th, 2021 at St. Vincent Hospital in Indianapolis, IN.

She was born to Melvin and Elizabeth Foster on April 9, 1958 in Charleston, West Virginia as the youngest of two daughters. She graduated from Speedway High School in 1976 where she majored in band and voice. She attended Ball State University after high school concentrating on voice and continued that love throughout her adult life. Teri sang with the Indianapolis Symphonic Choir and soloed with the Speedway Christian Church choir.

Teri married John Eddy in 1989 and received her heart's desire when her son Robert was born in September 1992. While the marriage dissolved, the love of her son never wavered.

Teri battled and overcame many medical issues in her adult life. She was diagnosed with breast cancer in 2007. Through her cancer treatment she was diagnosed with congestive heart failure and became a heart transplant recipient Easter 2013. As a breast cancer survivor and heart transplant recipient Teri proved herself to be a brave warrior. She was and always will be a fighter.

She married the love of her life, Jim Planalp, December 15th of that year. She and Jim spent many weekends racing at Lucas Oil Raceway Park in the years that followed.

Teri was again diagnosed with Burkitt's lymphoma, a blood cancer, in October 2020. She received confirmation in June 2021 she was in remission. Her heart began rejecting in November and failed resulting in her passing.

Teri was preceded in death by her parents, Melvin and Elizabeth Foster, her beloved husband, Jim Planalp and brother-in-law, Jim Buter.

A celebration of Teri's life will be held in her honor in 2022. In lieu of flowers donations may be made to any of the following charities: American Cancer Society, Little Red Door, Susan G Komen.
To order memorial trees or send flowers to the family in memory of Teresa Kay Planalp, please visit our flower store.