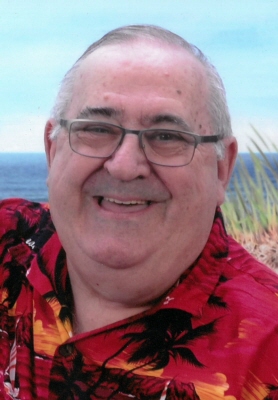 Stuart Wayne Morris, beloved husband, father, grandfather, son, brother, and great friend to many, entered into eternal life with his Lord and Savior, Jesus Christ on Tuesday, July 20, 2021. Stuart met his neighbor and sweetheart, Patty, when he was a teenager and they will have celebrated 54 years of marriage on August 19th.

Stuart was "Pop" to their son, Christopher, and "Papaw" to Christopher and Linda's son, Connor. Stuart was born August 22, 1947, to Claude Morris (deceased) and Bonnie (Morris) Posson, and brother to Beverly Lunsford. "Uncle Stuart" had many nieces and nephews and was lovingly called "Uncle Popsickle" by great nephews, Joshua, Andrew and Titus, who had heard his son, Christopher, call him "Pop".

Stuart was active in bowling leagues for many years and somewhat of an expert when it came to knowing Rock & Roll songs and who first recorded them and the year. Perhaps his expertise came as he would be the Deejay for various functions. He was a "hero" to his youngest sister-in-law, and a great brother who could always be depended on.

After retiring, he and his wife were privileged to travel some with family. They cruised the Caribbean, as well as wintered in warmer climates. The year of their fiftieth anniversary they went to Hollywood, California as well as Hawaii. On the date of their anniversary, a great celebration was held at the Greenwood Community Center. Stuart was greatly loved and will be missed by many. His sweet and gentle manners made him a true gentleman.
To order memorial trees or send flowers to the family in memory of Stuart Wayne Morris, please visit our flower store.