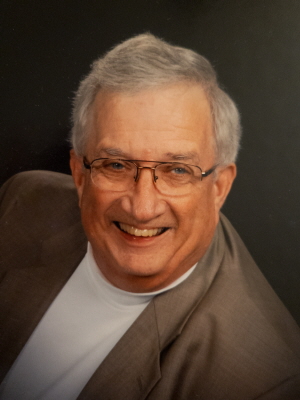 He attended IPS schools and then Warren Central High School, graduating in the class of 1965. After graduation, he joined the US Air Force, serving at Craig AFB in Selma, AL before being deployed to U-Tapao, Thailand during the Vietnam War. He returned home and received an honorable discharge. Soon after returning to Indianapolis, he met Vivian in January 1970, and they were married on October 10, 1970, their only son Rob was born in 1982.

Steve worked for Farm Bureau Insurance for 25 years and retired from St. Vincent Hospital Billing after working with them for 17 years. He also spent time working for Sears, Lazarus, Chase Bank and The Indianapolis Museum of Art Security, along with part-time work as an usher at Bush Stadium & Victory Field, Market Square Arena & Banker's Life Fieldhouse, and the RCA Dome. In his free time Steve was very active with Zion United Church of Christ on the southeast side of Indianapolis, where he was a member since October 1970. He served on various boards and committees, as well as being a lay reader and participated in many of the activities held by the church.

Steve was involved in the bowling league sponsored by Zion either as a participant or league treasurer until the league folded in 2021. He also enjoyed keeping score when the church hosted a softball league through the years. Steve loved playing many card games, especially Euchre, finding time to join the groups that would play at church and in their community. Steve enjoyed watching a wide range of sporting events, especially the Indianapolis Fuel, and previously the Racers, Checkers, and Ice where he and Vivian were season ticket holders at various times and traveled to numerous road games across the country. He also enjoyed watching the Colts, Pacers, and Indians locally. Along with the Chicago Blackhawks and Cincinnati Reds and watching various motorsports including making trips to the Indianapolis/Kitley Speedrome.

Steve is survived by his wife, Vivian, son Rob, brother Kent, and three nephews, seven great-nephews along with his great-great nephews and niece. He was preceded in death by his parents.

In lieu of flowers, the family asks to consider a donation to the Indy Humane Society, or to Zion United Church of Christ. In addition, they ask that if you are eligible to donate blood to do so in Steve's memory, as he donated many gallons of blood, one pint at a time throughout his adult life. The family and Zion are hoping to arrange a blood drive closer to the time of his birthday.

Memorial service will begin at noon.
To order memorial trees or send flowers to the family in memory of Steven Alan Thomas, please visit our flower store.