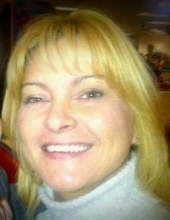 Shelley was born on November 24, 1970 in Indianapolis, Indiana to Paul and Peggy June Kilburn.

Shelley worked in the food industry in many different roles throughout the years.

Shelley enjoyed cooking and spending time with her grandkids. She loved animals and helping others anytime she could.

Shelley is preceded in death by her father, Paul Kilburn.

In lieu of flowers, memorial contributions in Shelley`s memory may be sent Indiana Funeral Care to help cover funeral expenses.
To order memorial trees or send flowers to the family in memory of Shelley Kay Kilburn, please visit our flower store.