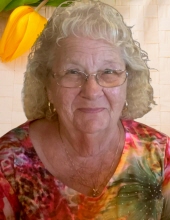 Shearon A. Kehl, 77 of Indianapolis, passed away on March 16, 2022. Shearon was born on September 2, 1944, in Robertson County, TN to the late Samuel and Kathreen Jones. She was a 1962 graduate of Coopertown High School. From 1975 to 1977 she worked as an inventory clerk, 1975 to 1992 she worked as a distribution services supervisor both for Quaker Oats, and from 1992 until she retired, she worked as a payroll clerk at PFS (PepsiCo- Food Service).

Shearon enjoyed spending time with her family & granddaughters, spending time and having dinner with her good friend Bill, going to Goodwill with and helping her friend Pat with her church community closet, being involved in her community, gardening, and visiting with her adopted family, Roberto, Hestia, and their kids who called her grandma.

Visitation will be held from 10am-1pm on Friday, March 25, 2022, at Indiana Funeral Care, Greenwood Chapel. Funeral service will begin at 1pm with burial to follow at Washington Park East Cemetery.

To order memorial trees or send flowers to the family in memory of Shearon A Kehl, please visit our flower store.