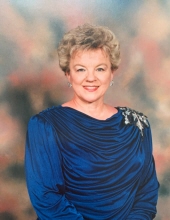 
The Lord embraced Sandra J. DeMoss, age 80, and took her home on Wednesday morning at Allisonville Meadows in Fishers, Indiana.

Born March 24,1942 in Indianapolis, Indiana she was a Daughter to Ralph and Freida (Purcell) Fisher of Columbus, Indiana.
She graduated from Columbus High School in 1960 and Taylor University, Fort Wayne Campus in 1995. She worked for Bowen Recovery Center as an addiction counselor in Fort Wayne, Indiana until she retired in 2007. She was a member of Fithian United Methodist Church in Fithian, Illinois. She worked several years as a hairdresser in several senior homes and from her private home as well. She resided in Columbus, Indiana for several years with her first husband of nine years, Stan Simpson. She lived in Fithian, Illinois and Fort Wayne, Indiana while married 23 years to her second Husband, John DeMoss. Most recently, Sandra lived in Huntington until 2020 and relocated to Indianapolis to be close to family.

She is survived by one Sister and Brother In Law, Cheryl & Ross Thompson of Roseville, CA., Four Sons, and three Daughters in Law, Kerry and Terri Simpson of Vacaville, Ca. Jeff Simpson of Danville, Illinois, Randy and Karen Simpson of Henderson, Nevada and Travis and Lee Ann DeMoss of Indianapolis, Indiana and one Daughter, Susan DeMoss of Milwaukee, Wisconsin. She was blessed with six grandchildren. She was preceded in death by her parents Ralph (1979) and Freida Fisher (2009) of Columbus, Indiana, Sister Rena Sue Kelsey of Huntington, Indiana in 2020, a Brother, Ralph “Bud” Fisher of The Villages, Florida in 2020.

A private family celebration of life will be held at the end of May.

Memorial contributions in lieu of flowers can be made to:
Community Hospice
9894 E. 121st Street
Indianapolis, Indiana 46037

Sandi’s favorite verse that she quoted many times was:
Ephesians 3:20
“Now all glory to God, who is able, through his mighty power at work within us, to accomplish infinitely more than we might ask or think”
To order memorial trees or send flowers to the family in memory of Sandra Jean DeMoss, please visit our flower store.