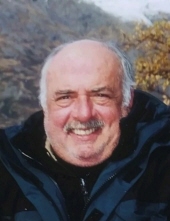 78, passed away December 5, 2021. He was born July 11, 1943 in McLeansboro, Illinois to Leon and Juanita Greenberg. Shortly after his birth, his family moved to Washington Indiana where Sam grew up. He married Shelby Swain from Petersburg Indiana in 1962. They have two children, Annette (Patrick) Meyer of Grand Rapids, Michigan, and David Greenberg (Cynthia) of Indianapolis Indiana. They have six grandchildren, Amanda McCabe, Abigail Dull, Molly Rhodes, William Greenberg, Logan Greenberg and Diana Turner along with three great grandchildren Cadence, Tobin, and Matilda. Sam also leaves behind a sister, Sara Garcia. He was preceded in death by his wife of 58 years, Shelby; brother, Philip Greenberg; and sister, Leannah Broadhead.
In 1964, Sam started his career with JC Penney. In 1979, Sam moved to Indianapolis to open Arvey Paper & Supplies. Then in 1986, he achieved his dream of opening his own business on the northwest side of Indianapolis, Continental Office Supply. He retired in 2004 after 18 years.
He enjoyed hunting turkey, deer, elk, and even grizzly bear!

A graveside service will be held at 11 A.M. on Saturday, December 11, 2021 at the Walnut Hill Cemetery, 1108 N. Vincennes Ave. Petersburg, IN 47567.
To order memorial trees or send flowers to the family in memory of Samuel Wolfe Greenberg, please visit our flower store.