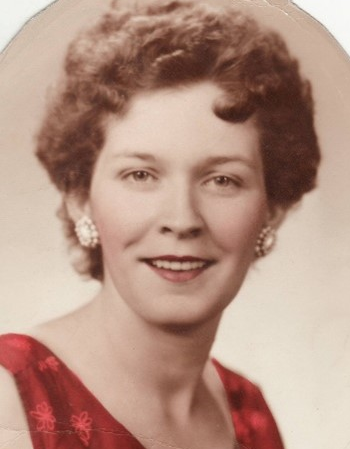 Rosemary went to Arsenal Technical High School in Indianapolis. She and Fred Morgan were married on August 8th, 1951. They were avid bowlers and belonged to several leagues during their lifetimes. They had many friends and enjoyed socializing and playing cards regularly. Rosemary worked for a large part of her life to help support her family. She retired from RCA and then spent several years working in the bakery for O 'Malia Supermarkets. They loved to travel during their marriage, and they lived in various parts of the country including Kentucky, Indiana, Florida and Alabama. After Fred passed away in 2006, Rosemary moved to her condo in Greenwood, Indiana where she spent the last 16 years of her life. She became an active member of the local senior citizens organization, The Social of Greenwood.

The family would like to express its gratitude to the staff of Main Street Hospice in Franklin, Indiana, and particularly Ashley, Heather, Kevin, and Samantha. Franciscan Health, Indianapolis Campus.

In lieu of flowers, donations in Rosemary's name can be made to:

The Social of Greenwood

To order memorial trees or send flowers to the family in memory of Rosemary Morgan, please visit our flower store.