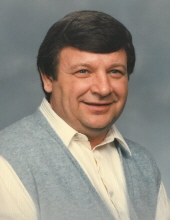 Ronnie Yeary, 75, passed away on Sunday, September 26, 2021, at Community Hospital North, Indianapolis, IN.
He was born on January 1, 1946, in Knoxville, Tennessee. The son of Gay Nell (Childress) Yeary and Ralph Yeary of Indianapolis, who both preceded him in death.

Ronnie graduated form Arsenal Technical High School in 1958. He served in the United States Army in Vietnam from 1967 to 1969. After his return, he attended Purdue University and graduated with a degree in engineering. He was employed at Cummins Engine in Columbus, Indiana retiring in 2013.

Ronnie was an outdoorsman loving the Smokey Mountains and his American Indian heritage. A skilled fly fisherman, he spent many hours on the banks of the AuSable river in the northern lower peninsula of Michigan. He was an avid reader of the Bible and many US history books. He also enjoyed Old Movies and Westerns of Hollywood’s Golden era. Ronnie was a longtime member of the Lawrence American Legion. Ron and Linda are members of Geist Christian Church at Mud Creek Road in Indianapolis.

Ronnie is survived by his loving wife of 39 years, Linda M. (Brady) Yeary. He loved family especially enjoying holidays and birthday celebrations with them. He was preceded in death by brother Jamie, Ralph Yeary Jr and sister, Betty Yocum. Brother, Robert yeary resides in Virginia.

Visitation 11 AM – 1 PM, Service: at 1 PM, with burial at Washington Park East Cemetery following the service. Pastor Ryan Hazen from Geist Christian Church will be officiating, please feel free to leave a memory or condolence online.

In Lieu of flowers, a donation may be made in Ronnie’s name to the Indiana Heart Association, or you can plant a tree in his memory.
To order memorial trees or send flowers to the family in memory of Ronnie Yeary, please visit our flower store.