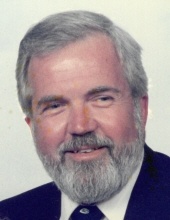 Our beloved gentle giant with an engaging sense of humor and deep base singing voice passed away at the age of 81, in Indianapolis. Ron leaves behind his wife, Gail McDermott-Bowler; his children, Trent Bowler, Stephanie Haggard, Dane (Michelle) Bowler; his stepchildren, Melora McDermott, Melissa (Eric) Lane; and his brother, Greg Bowler. He was “Pop-Pop” to his grandchildren, Hunter (Ashley) Bowler, MacKenzie & Sam Haggard, Josh, Lexie, & Mason Bowler, Bronwyn & Ben Lewis, and Audra Lane; and his three “grands” included Hadlee, Melody, and Lilly.

Ron was so proud of his family’s many accomplishments. Ron got a chuckle out of the kids thinking he looked like Santa and adults felt he looked more like Kenny Rogers! Among his many pleasures were theater, music, crossword puzzles, television, traveling, and stories of his air traffic controlling days. Rest in peace.

A celebration of his life will take place in the Lilly Room of St. Paul ’s Episcopal Church, on Monday, March 7, 2022, from 5 – 7 P.M. Memorial contributions should be made to the not- for- profit of your choice or to Indiana Repertory Theatre, Indianapolis Early Music, St. Paul’s Music, or Heifer International.

To order memorial trees or send flowers to the family in memory of Ronald M. Bowler, please visit our flower store.