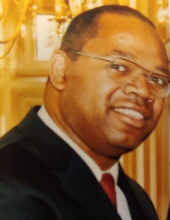 On November 13th, 2020 Roger Winston passed away after a 3year battle with multiple strokes. He was 57 years old.
Born in Indianapolis Indiana, Roger was a talented guitarist who spent many hours playing songs by Jimmy Hendrix and going to his brother Duncan’s house for jam sessions!
Roger was a long-time employee with the Warren Township Trustee’s office where he formed many close relationships
Roger loved the outdoors as well as spending time with his family and friends. Like all the Winston boys, he had a love of cars, and in addition he enjoyed doing home improvement projects.
Roger’s first stroke permanently restricted in his living, but he was known to tell people looking back at his pictures of loved ones and listening to music brought him much comfort. Roger took special comfort from the in-person visits he received while he was confined.
Roger was pre-deceased by his Mother, Phyllis Johnson, and his oldest sibling, Cynthia Siders (Bernard). He is survived by his father George Winston Senior, and his siblings; George Winston Jr. (Michele), Duncan Winston (Linda) and Donna Merchant (Duane.) In addition, he leaves one son, Roger Winston Jr. In addition Roger leaves numerous aunts, uncles, cousins, nephews, nieces, and cherished friends.
To order memorial trees or send flowers to the family in memory of Roger Lamont Winston Sr, please visit our flower store.