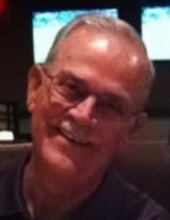 Robert “Bob” Allen Griggs, 79, passed away peacefully in his home on July 28, 2021.
Bob was born March 27, 1942 in Tipton, IN to Floyd and Doris (Craft) Griggs.
Bob graduated from Tipton High School in 1960 and enlisted in the US Army. He was honorably discharged in 1963. Bob began working for Chrysler in 1963, and he retired from there in 1998.
Bob is survived by his companion (and ex-wife), Maria “Rita” Rosselot with whom he shared three sons, Phillip (Jill) Griggs, Jim Griggs, and Keith (Mindy) Griggs; eleven grandchildren, Amy Castillo, Cari Abrams, Emily Abrams, Elijah Abrams, Nicholas (Lacey) Griggs, Mathew Griggs, Bradley Griggs, Cortnie Smith, Travas Smith, Jr., Kalia Griggs, Karson Griggs; thirteen great-grandchildren and one more on the way; sister-in-law, Merry “Sue” Griggs; nephew, Derek Griggs, and two great-nieces.
Bob was preceded in death by his parents; his step-father, Robert King; brother, James Griggs; and his nephew, Daniel Griggs.
A celebration of life will be held on August 3, 2021 at 5:00pm at the Fraternal Order of Police (FOP), 102 W. Markland Ave, Kokomo, IN 46901.
In lieu of flowers, donations may be made to the Veterans of Foreign War (VFW) in memory of Bob, 920 N. Washington Street, Kokomo, IN 46901.
To order memorial trees or send flowers to the family in memory of Robert "Bob" Allen Griggs, please visit our flower store.