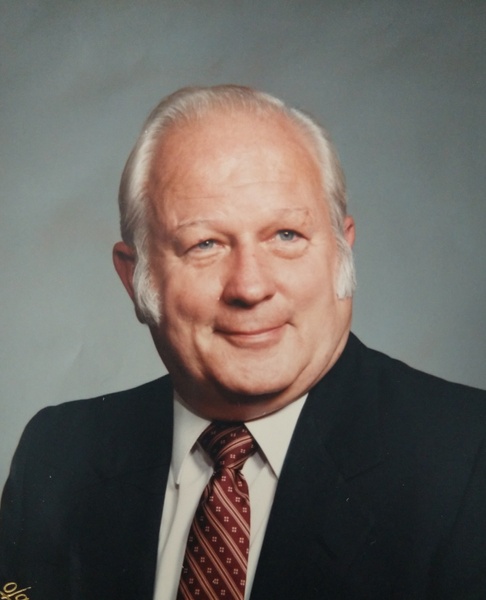 Bob’s 44-year career with the J.C. Penney Company saw him managing stores in Minnesota, Iowa, and northern Indiana before moving to Carmel in 1978, where he managed the store at Lafayette Square until his retirement in 1990.

Bob, along with his late-wife Helen, was an active member of King of Glory, often called on to create carpentry projects for the church. He’ll be remembered for the Easter crosses he created as well as storage cabinets for the bell choir and preschool and display cases in the church lobby.

Bob was born to Edgar and Harriet Milleville in Clayton Township, Michigan, on June 18, 1929. His father, a Lutheran minister, served parishes in Michigan, Ontario, and Wisconsin.

Bob and Helen were married in Marshfield, Wisconsin, in 1952. They were the proud parents of four children and made their home in several Midwest communities over the years, including St. Paul, Minnesota; Dubuque, Iowa; Winona, Minnesota; Vinton, Iowa; Burlington, Iowa; Elkhart, Indiana; and Carmel.

Misfortune struck Bob and Helen in 1999 when their Carmel home was destroyed by fire. At age 70, Bob designed his new home on the site of the old one and served as the general building contractor. For many years it served as the favorite summer destination for his children, grandchildren, and great-grandchildren.

Bob was chief caregiver for Helen for two years before her death in 2015, helping her navigate through life with Alzheimer’s disease.

Bob was preceded in death by Helen (2015); his sister, Shirley (1980); his father (1981); and his mother (1989). He is survived by his four children—Greg (and his wife, Susan) of Brookfield, Wisconsin; Kim (and her husband, Greg) Johnson of Coralville, Iowa; Lisa (and her husband, Brandon) Adomatis of Noblesville; and Lori Marsico of Charlotte, North Carolina—10 grandchildren, and eight great-grandchildren.
To order memorial trees or send flowers to the family in memory of Robert Frank Milleville, please visit our flower store.