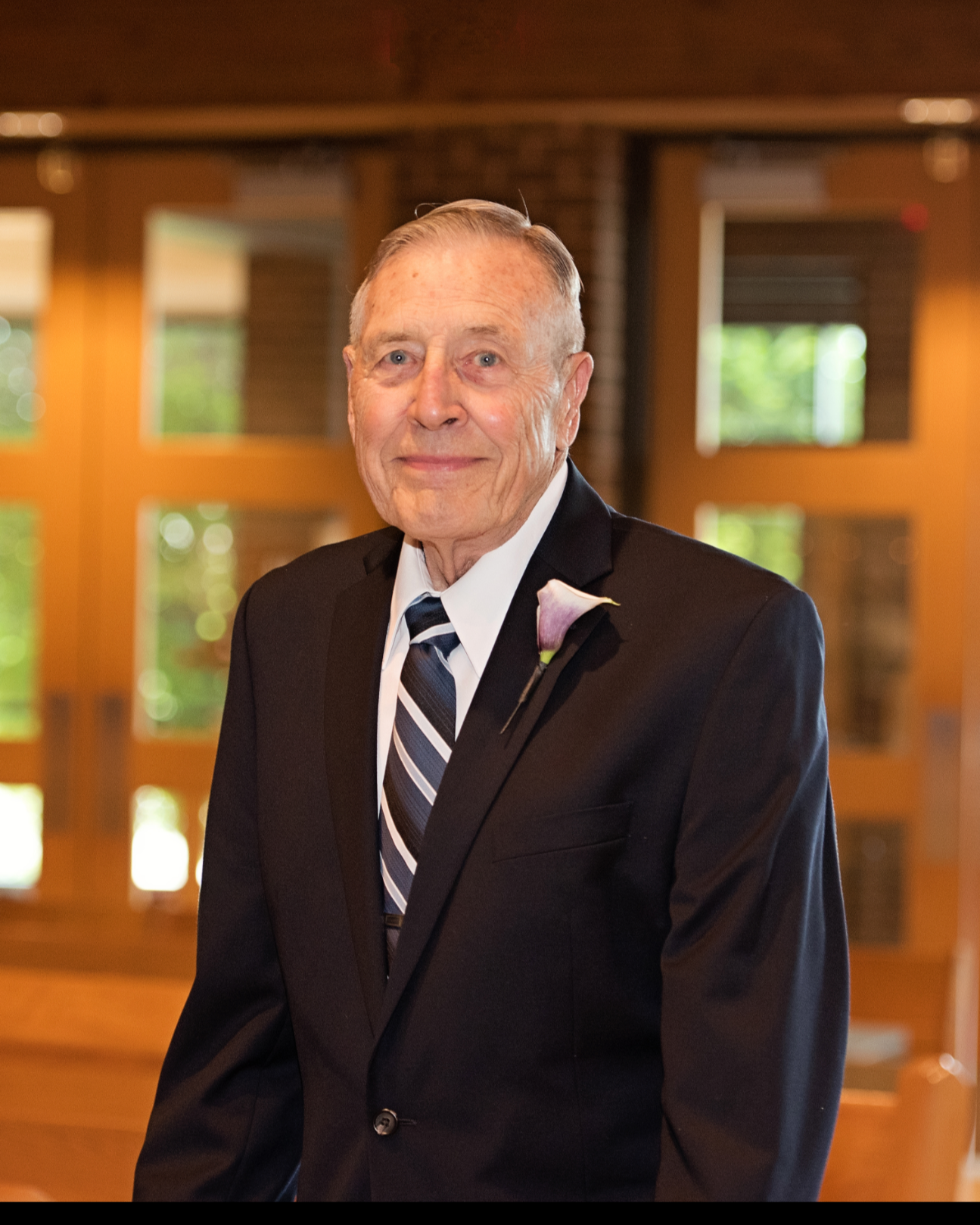 Robert Warfeld McCoy, 91, of Indianapolis, Indiana passed away Thursday, January 12, 2023, at his home.  He was born on May 14, 1931, in Indianapolis at home as the only child of Robert B. and Verna Lucille (Alexander) McCoy. Upon graduation from Broad Ripple High School in 1949, he attended Indiana Business College and then joined the Air Force in 1951.  He served in many U.S. cities and had one year in Korea.  Shortly before completing his military service, he began correspondence with Bernelda (Nell) Semmann at the suggestion of a mutual friend.  In September 1955, he finished his service and came home to Indianapolis.  In December, he began a 34-year career as a pressman with the Howard W. Sams Company.  Bob and Nell’s love story started as pen pals.  Within a year, they married on September 2, 1956, at Our Redeemer Lutheran Church, where they were active members. He and Nell were married for 65 years before her death in May 2022 of Alzheimer’s disease.  Their endless love was an inspiration to our family.

Growing up, Bob enjoyed hunting and fishing with his dad and uncle.  As a young man, he joined the Sams’ employees bowling and golfing leagues.  Throughout his life, these were the activities he loved to do.  With Nell, they loved a good road trip, and also traveled the world.  They visited all 50 United States, Europe twice, Canada and the Southern Caribbean.

In 1962, they moved their family to Pike Township and raised their girls.  Bob was an experienced handyman.  In 1965, he built a room addition onto the house.  He would find used bicycles and restore them for his girls.  After retirement in 1989, he enjoyed working for Ace Hardware which matched his love of being a helpful handyman.  Even in his final years at Robin Run Retirement Community, he would carry a few tools in his rollator to help anyone if he could.

Memorial contributions may be made to Alzheimer’s Association, 50 E. 91st Street, Suite 100, Indianapolis, IN 46240 or www.alz.org/indiana.

Visitation will be held from 10:00 am to 11:00 am Monday, January 23, 2023, at Indiana Funeral Care (Harry W. Moore Chapel), 8151 Allisonville Rd. Indianapolis. A funeral service at the Chapel will begin at 11:00 am with graveside commitment following at Lincoln Memory Gardens Cemetery, Whitestown, IN.

To order memorial trees or send flowers to the family in memory of Robert W. McCoy, please visit our flower store.