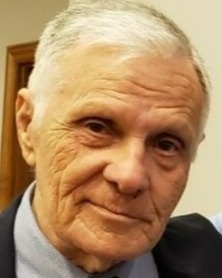 Robert Francis Leslie, 83, of Indianapolis, Indiana passed away Thursday, January 12, 2022, at his home.

He was born on Sunday, July 30, 1939, to the late Francis Leslie and Mae (Collins) Willard in Indianapolis, Indiana.

Robert was a wood worker for many years and was a part of Circle City Wood Carvers and the Southside Art League. He once carved a life size bald eagle and donated it to the City of Indianapolis, and it now resides at the visitor center at Eagle Creek Park. He also took karate in the 60’s and earned a black belt and then judo in the 80’s and earned a black belt in it as well. He once volunteered for the judo team for the Pan Am Games. Robert was a lifelong lover of animals, and dearly loved his dog Sammy who preceded him in death. Robert was also a Johnson County Sheriff’s Deputy in the corrections division for several years. One of the most important things to his son’s was he never missed a sporting event they had while growing up. He was always there for them.

Robert is preceded in death by his wife, Phyllis Leslie; brother, Richard Leslie; and his dog Sammy.

Memorial service will begin at 8:00 PM.

To order memorial trees or send flowers to the family in memory of Robert F. Leslie, please visit our flower store.