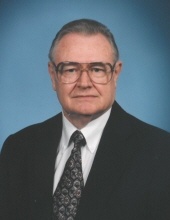 Robert Lee Young quietly passed away to be with the Lord on Monday, September 30, 2019, at the age of 88 years. Bob was born on April 20, 1931, in LaFontaine, IN, to Lloyd and Thelma (Martin) Young. He and his wife of 65 years, Norma (Rebholz), raised twin daughters, Deborah and Donna, and two sons, Gregory and Benjamin.

Bob was known for his strong faith, sharp intellect, and strength of character. He taught Bible School classes for adults and teens throughout the years. An avid reader and talented artist, his beautiful oil paintings graced the homes of his family. He created wonderful meals at family gatherings, guided by a well-developed palate that could taste the slightest nuances in foods. With an eye for aesthetics, he also enjoyed interior design and landscape architecture. Bob was also an outstanding athlete and trumpeter as a younger man. He served his country as Sergeant in the United States Marine Corps during the Korean War with recognition for his excellent marksmanship. Retiring as Vice President of Sales Management and Marketing from the Associates Insurance Group (now CitiGroup) after many years in management in Dallas, TX, and Indianapolis, IN, Bob was previously VP of Sales at Hekman Biscuit Company in Toledo, OH, Cleveland, OH, Sandusky, OH, and Grand Rapids, MI. Following retirement, he joined Norma as a broker in Venice, FL, for Ebby Halliday Realtors. Upon returning to Indiana to be closer to family, he worked for an auto parts department in Greenfield to remain active.

He is survived by his wife, Norma, of Greenwood; his daughters, Deborah (Gary) Deer of Indianapolis, and Donna Craig of Knoxville, TN; his sons, Gregory (Cynthia) Young of New Palestine, and Benjamin (Maureen) Young of Dallas, GA; sister, Linda “Beth” (Michael) Loschiavo of LaFontaine; 12 grandchildren, 11 great-grandchildren, and several cousins, nieces, and nephews. He was preceded in death by his father, mother, and sister, Shirley (Young) Kelsay.

Visitation will be held on Thursday, October 24, 2019, at Indian Creek Christian Church, 6430 S. Franklin Road, Indianapolis, at 10 a.m. with memorial service at 11 a.m. A private service with full Military Honors will be held for the family at Park Cemetery in Greenfield. In lieu of flowers, donations may be made to Indian Creek Christian Church for their Bible Bowl Team. Please share memories and condolences online at www.indianafuneralcare.com. Arrangements entrusted to Indiana Funeral Care.
To order memorial trees or send flowers to the family in memory of Robert Lee Young, please visit our flower store.