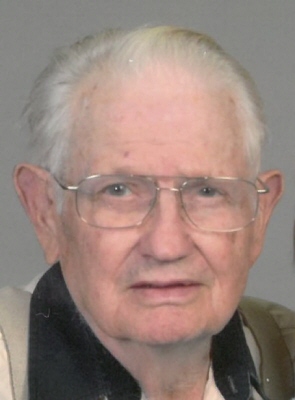 Robert “Bob” K. Finley, 88, of Rushville, IN, formerly of Greenfield, IN, passed away peacefully on September 30, 2021, in the comfort of his daughter’s home. He was the husband of the late Janice J. (Mehlhaff) Finley, with whom he shared 68 years of marriage until her passing on September 11, 2019.

Robert was born April 5, 1933, to the late Carroll and Esther (Jensen) Finley in Cresbard, SD. He was raised in a farming community with his brother and sister where he acquired an unrivaled work ethic and toughness at an early age. Among other things, he learned to ride horses and care for the farm; skills he would carry with him throughout his life.

He attended high school near Cresbard and in his spare time, he took up the sport of boxing and began to make a name for himself locally. During that time, he met the love of his life, Janice Mehlhaff, who he married in September of 1951. In October of 1951, he proved to be a tough opponent in the ring, winning a Golden Glove tournament in Mitchell, SD. The following year, he and Janice were blessed with their first daughter, Gayle. Soon after, they moved their young family to Indiana where they would welcome and raise two more daughters, Pamela and Sandra.

During the early years in Indiana, Robert began a career at Western Electric. He would later retire from there after almost 32 years. In his time away from work, he continued boxing but when his boxing days were cut short by an injury, he turned his focus to flying and horses. He got his pilot’s license and bought his first plane in the late 1950’s. He put many hours on his planes, taking his wife and girls on many trips including some where he did tricks in an acrobatic plane. Soon after he learned to fly, he worked to become a flight instructor. Along with the countless students he trained for 35 years, he also taught his wife and girls how to fly. One daughter was particularly fond of flying and spent many teenage days working at the airport alongside him.

In his time away from work and flying, he raised, barrel-raced, and trained horses. Being around horses since birth, he was very comfortable with them. He found much joy in horses and taught his daughters to ride. One daughter took to it especially well and they became quite the team. They competed at numerous horse races and shows, collecting many trophies along the way. He would go on to own horses until he was 86 years old.

Robert’s other hobbies included working on vehicles, carpentry, boating, water skiing, and square dancing with his wife. He repaired many vehicles throughout the years and taught his daughters how to work on vehicles and ski also. With his limited experience in carpentry, he was able to build a barn and add multiple room additions to their home. He and Janice were excellent square dancers and danced with the Riley Wranglers of Greenfield for 50 years.

In 1978 he added a new title to his resume - “Grandpa.” No matter what his focus was that day, he always made time for hugs and could always be heard saying “Grandpa loves you” to any of the little grandkids or eventually, great grandkids. His teaching didn’t stop with his daughters. He also taught the grandkids and great grandkids how to ride and care for horses, work on cars, and even showed a few how to fly. Other special memories with the girls, grandkids, and “greats” include snowmobiling, ice skating on a homemade rink, taking trips in the motor home, tractor rides, pony rides, and attending square dances.

He and “Grammy” shared 10 grandchildren and 16 great grandchildren together and were always very proud to share this with everyone they met. They attended numerous sporting events, performances, and grandparent days over the years, always supportive and waiting with a hug. They also hosted countless family gatherings in their home where there would always be an incredible meal and lots and lots of stories of the good old days.

For many years “Bob” and Janice were faithful members of Shiloh Christian Church where they regularly attended service and bible study. In Bob’s final two years, he was able to live comfortably with his daughter Sandra as his caregiver, for which his family is very grateful.

Left to cherish Robert’s memory are his daughters, Gayle (Bob) Amedeo of Slidell, LA, Pamela (Steve) Maki of Brownsburg, IN, and Sandra Dobbs of Rushville, IN; his sister, Elizabeth (Shelby) Vinson; ten grandchildren, sixteen great grandchildren, and many nieces and nephews. He was preceded in death by his parents, beloved wife Janice, and brother William Finley.
Visitation will be held on Saturday, October 9, 2021, from 10:00 a.m. to 12:00 p.m. followed by a funeral service at 12:00 p.m. at Shelbyville Community Church located at 720 N. 325 E., Shelbyville, IN, 46176. Burial will immediately follow the service at Asbury Cemetery in Morristown, IN.
To order memorial trees or send flowers to the family in memory of Robert K. Finley, please visit our flower store.