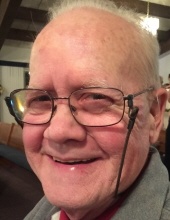 Robert Glen Horstman age 80 of Indianapolis, Indiana went to be with our Lord on Thursday, December 23, 2021. Bob passed away after a slow decline in health due to Alzheimer’s. Bob was born in Muncie, Indiana on July 18, 1941, to Glen Edward and Beatrice (Ramey) Horstman. He is survived by his wife Henrietta (Penny) Judd, adopted sister Lisa Joy (Patrick) Wholley and half-sister Brandy Denise (Patrick) Escamilla. He was preceded in death by his son Robert G. Horstman II, and his half-brother Dean Michael Patrick.

Bob’s life reflected his determination to move forward. He dropped out of school at sixteen and later joined the Army. While in the Army he earned his GED. After his discharge from the Army, he continued his education and received BS and MA degrees. He ended his career retiring from Raytheon, but much of his professional career was with Naval Avionics Center (NAC) as a project engineer.

Bob enjoyed life, he enjoyed people and he enjoyed sharing his experiences with others. His laughter was infectious. His many interests included chess, travel, coin collecting, photography, volleyball, football, movies, games, and computers.

Bob came late in life to his Christian faith. It was through his friends at work that he learned the gospel and during a Walk to Emmaus in 1999, at the age of fifty-seven, he accepted Christ as is Savior.

A memorial service for Bob will be held at Victory Baptist Church, 5350 Ashurst Street, Indianapolis, IN 46220 on January 9, 2022, at 12:00 PM. After the memorial service, a time for fellowship will be provide at the church.

Instead of flowers please make donations to the Alzheimer’s Association.
To order memorial trees or send flowers to the family in memory of Robert Glen Horstman, please visit our flower store.