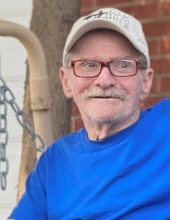 Robert George Patton passed away on April 30,2022 at his home.
Robert was born September 18th, 1941, to George and Jean (Patton) Roark in London, Kentucky.
Robert worked for Dick Hunt Chevrolet for 15 years as an auto mechanic with a specialty in automatic transmissions. Then he worked in the Drywall business for over 45 years. He enjoyed competing in drag racing with his 1955 chevy. He loved his family and spending lots of time with the love of his life Dorothy. He enjoyed playing games like Checkers and Poker. He liked telling jokes and giving you random facts. He had lots of nicknames and liked giving nicknames.
He is survived by his wife Dorothy and his children Sherri Kerr, Lisa Kerr, Brad Patton, Darren Stockwell, Melissa Bellew (Matthew), Robert W. Patton (Kim), and April Lawrence (Steve). Also, survived by his sisters Ruby Sheehan, Pam Gibson (David) and brother Jerry Patton (Cheryl). He has 21 grandkids and 24 great grandchildren.
Preceded in death by his father George W. Patton, mother, Jean (Patton) Roark, and his sister, Valerie Ferryman and brother Ray Patton and his son James Robert Eugene Kerr.
We are going to miss him so much, but we are glad your pain and suffering are over and until we meet again in heaven, rest in peace. We Love you!

To order memorial trees or send flowers to the family in memory of Robert George Patton, please visit our flower store.