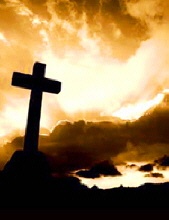 Robert (Bob) Gladden, 70 of Indianapolis, Indiana was called by Our Lord, Wednesday, December 15,2021. Robert was born on July 21,1951 to Carolyn Miller Burke and George Gladden.
Robert was an Indiana native. He graduated from Arsenal Tech High School. He pursued a degree in Pharmacy at Purdue University. At the time of his death, he had been a practicing Pharmacist for 45 years. Robert had worked for many companies as a Pharmacist, but he loved working for Marsh Pharmacy the most. Robert and Juliann were married on October 13,1990 in Griffith, Indiana.
He is survived by his wife of 31 years, Juliann, his three sons John Gladden of South Bend, Jeffrey Gladden of South Bend and Shaughan (Jordan) of Knightdale, NC, his two brothers David Brantley of Virginia and Kevin Burke (Marietta) of Bloomington, his many nieces and nephews, and his pride and joy his granddaughter, Luka.
He was preceded in death by his mother, Carolyn and his father, George, his two sisters and their husbands, Sharon and Oran Wilson and Mary Jane and Randy Smith, and his niece Traci Allman.
Bob’s loves were his wife, his children, his granddaughter, pharmacy, history, music, and PURDUE.
Robert’s life will be celebrated at Saint Simon the Apostle Catholic Church, 8155 Oaklandon Road, Indianapolis, IN on Tuesday, December 28, 2021, at noon. Visitation will be at 11 am. Burial will be at a future time.
In Lieu of flowers, please donate in Robert’s name to the American Diabetes Association or Saint Jude Children Hospital.
To order memorial trees or send flowers to the family in memory of Robert E. Gladden , please visit our flower store.