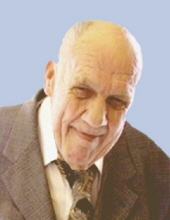 Bob was a lifelong resident of Speedway Indiana and a 1963 graduate of Speedway High School where he played football for the Sparkplugs. After graduation and working for a number of years, he developed an interest in volunteering in an effort to make his community a safer place to live and work.

In the 1990s, he developed a strong interest in volunteer work and helping others through his participation in the Garden City Civic Association. This led to his membership in Circle City REACT (Radio Emergency Associated Communications Teams) where he spent countless hours using two-way radios to support charities, fund-raisers and the general motoring public. Bob was a regular on the CB Radio where he kept truckers and other CB users updated on traffic and weather conditions around the Indianapolis area. It was during this period that he completed The Citizens Academy, a 12-week course offered by IMPD and designed to provide a behind the scenes look at the work of our city’s first responders each day to keep Indianapolis safe. This led him to be instrumental in the Ashton Pointe Crime Watch program. Some years, these efforts saw him spend several hundred hours volunteering between the Crime Watch and the REACT Team.

With this passion for his radio hobbies, he soon developed a fascination with FCC-allowed extreme low-power FM radio transmissions to cover a small area. To share his love for the Lord, Bob chose to use the system to broadcast services from several local churches including Open Door Baptist, Chapel Rock, Canaan, Garden City, Speedway Christian and John Knox Presbyterian to reach his apartment complex.

Bob was preceded in death by his parents, Robert Carl Denny I and Betty Jane (Lessig) Denny. He is believed to be survived by a few cousins with whom he had lost contact over the years.

Funeral arrangements are being handled by Indiana Funeral Care, https://bit.ly/3CjDbh8.

A funeral service will be held at John Knox Presbyterian Church, 3000 N High School Rd, Indianapolis, IN on Friday, Sept. 17, 2021, at 11AM with visitation 1 hour before service. A graveside service and burial will follow at Lincoln Memory Gardens, Whitestown, IN. In lieu of flowers, please consider donating to CICOA / Meals on Wheels at https://bit.ly/2XhCG8i.
To order memorial trees or send flowers to the family in memory of Robert C. Denny II, please visit our flower store.