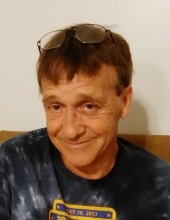 Robert "Dale" Byrd, 60, of Winchester passed away on November 11, 2021.
He is survived by his wife Kimberly Sue Byrd; children Brad (Paige) Byrd or Memphis, TN, Brian (Samantha) Byrd of Wickliffe, KY, April (Justin) Emmons of Mayfield, KY, and Ashley Miller of Paducah, KY; 8 grandchildren; sisters Pat (Michael) Owen and Deanna (Michael) Clark; and step-mother Hannah Williams.
He is preceded in death by by father Bobby Byrd and his mother Leatha Byrd.
No services are scheduled at this time.
To order memorial trees or send flowers to the family in memory of Robert Byrd, please visit our flower store.