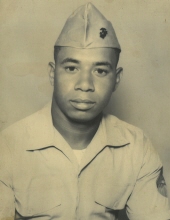 One of nine children, “Dickie” was born in Indianapolis, Indiana on August 21, 1942, to John and Crema Clay. After attending Arsenal Technical High School, he enlisted in the United States Marine Corps, where he proudly served his country during the Vietnam War.

After completing his military service, Richard was employed by Consolidated Freightways for over 30 years until he retired. He enjoyed traveling, especially by train, and spending time at casinos.

Richard is preceded in death by his parents, 3 sisters, 3 brothers and a grandchild. He is survived by his wife Margaret; children Karen, Sheila and Keith; grandchildren Shanelle, Chris, Kianna and Bryce; siblings, Alice and Stevie. He is also survived by several nieces, nephews, as well as a long list of extended family members and friends.

A memorial service for Richard will take place at Indiana Funeral Care, located at 8151 Allisonville Road, Indianapolis, IN 46250 on Monday, July 12, 2021. His remains will be laid to rest at Marion National Cemetery in Marion, Indiana.

The family would like to extend our heartfelt gratitude to everyone for their kindness, thoughts, prayers and condolences.
To order memorial trees or send flowers to the family in memory of Richard "Dickie" MacArthur Clay, please visit our flower store.