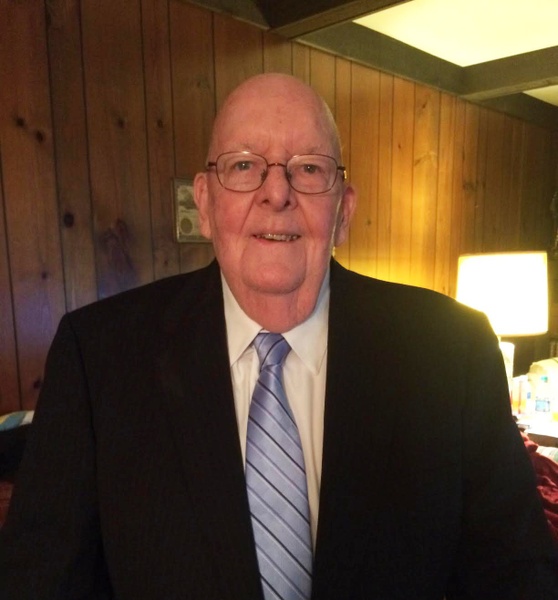 Prentice, Richard E. (Dick) 4/20/1931 – 7/17/2022 currently of Carmel, IN Age 91 (Originally of Sturgis, Michigan) passed at his home on Sunday, July 17, after a short illness. Dick attended Hillsdale College followed by service in the US Marine Corps. After his military service, Dick finished his degree and graduated from Western Michigan University. Dick was an office furniture salesman for nearly 50 years and thoroughly enjoyed people. His work took him north to Canada and south to Texas and many places in between. Dick enjoyed sports, a good meal with family and friends and time well-spent at his family cottage on Fish Lake in Sturgis Michigan. He had a big heart, a great sense of humor and was everyone’s favorite, funny uncle.  Dick loved and was loved by his family and friends and will be greatly missed. Dick is survived by daughters, Sarah Prentice, and Margaret (Prentice) Lehmann, son-in-law, Daniel Lehmann, and two grandchildren, Jacob and Abigail, his sister, Diane (Prentice) Hanosh, brother-in-law, John Kinch, and sister-in-law Madeleine Kinch. Dick is preceded in death by his wife, Moselle (Kinch) Prentice, his parents, Donald and Ruth Prentice, sisters-in-law, Carolyn Greenwood, Marguerite Lewis and brothers-in-law George Hanosh, Jim Greenwood, and Howard Lewis. Dick leaves dear cousins, Connie Woods, Chris Beaver, and Sandy Burris, and many special nieces and nephews. A memorial service to follow.

To order memorial trees or send flowers to the family in memory of Richard E. Prentice, please visit our flower store.