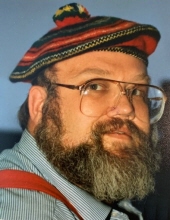 Richard L Gerard, 73, passed peacefully on July 27, 2021. He was born September 12, 1947 to Norma (Scott) Gerard and Richard Gerard Sr. in Logansport In. He was raised and graduated from High School in Peru, IN. He went on to graduate from Ball State University in 1972 and continued his post graduate studies at Indiana University. He retired from the Federal Government Civil Service as an accountant/auditor from Fort Benjamin Harrison after 30 years of service.
He is survived by his loving wife of forty-five years, Nancy (Weger) Gerard, Step Daughter, Ginny (Patterson) Gapen. Brother, James (Glenda) Gerard. Two Aunts, Beverly (Gerard) Bowman and Lois (Gerard) Szczepankowski. Grandchildren (5), two Great Grandchild, several nieces and nephews as well as Great nieces and nephews.
He enjoyed the craft of woodturning and had become a Master Woodturner. His passion was learning new techniques and sharing his knowledge through teaching. He was instrumental in establishing The American Association of Woodturners in 1986, where they now have over 14,000 members worldwide.
His Celebration of Life will be held September 11th at 1:00 pm located at the Church at the Crossing, 9111 Haverstick, Indpls. IN. 46240.
To order memorial trees or send flowers to the family in memory of Richard L. Gerard, Jr., please visit our flower store.