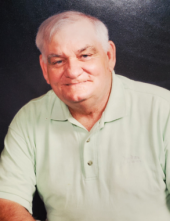 ORR, RANDALL THOMAS, age 74 of Covington, IN passed away April 1, 2022. He is survived by his wife Nancy and his 2 children Christy and R.T. (Becky). He was preceded in death by his parents, Rex and Ginger; and 2 brothers Jeff and Leonard. Also surviving are his sisters; Bonnie (Bob Wright), Diane, Joanne, Susan, and Karen (Larry Fisher) as well as his grandchildren; Bailey, Kaden, Joshua, and Jordan.

Randy was a Christian and an active member of the Covington First Baptist Church. He loved getting together with his Men’s Group for morning coffee and prayer. His friends often teased him about his inability to use a cell phone, or his hatred for vegetables, or his poor singing voice. It just made him smile, laugh, and sing louder. He lit up the room with his presence.

Randy was born in New Hampshire in 1947. He spoke fondly of his childhood in New Hampshire, telling stories of ice skating or causing trouble at Dodge’s General Store. He and his family moved to Covington when he was in 9th grade. He loved sports whether he was participating or watching his brothers play. He went on to graduate from Covington High School in 1965.

He married Nancy Parke in Denver, CO on August, 10 1974. They had many adventures together traveling the country in his semi and raising their 2 children. Randy had a long career as a truck driver logging over 3 million miles. Nancy and he also owned and operated The Dairy House on 136 just outside of Covington.

Randy loved to play golf with his friends. They played the local courses often and traveled to play prestigious courses throughout the country. Every year when the TPC at Sawgrass aired on TV he would say “You know I’ve played this course.” No one is sure how many holes in one he had in his life as the number seemed to grow through the years.

Visitation will take place Tuesday, April 12 from 4:00PM to 6:00PM at Covington First Baptist Church with a memorial service to be held after.
To order memorial trees or send flowers to the family in memory of Randall Thomas Orr, please visit our flower store.