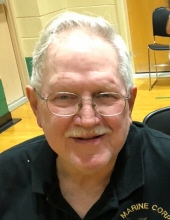 Phillip was a member of Fortville Masonic Lodge #207 F&AM Ancient Accepted Scottish Rite, Valley of Indianapolis; Murat Temple of Indianapolis and Fortville American Legion Post 391. He served on the Fortville Town Council from 1996 to 2010.

His family requests that, in lieu of flowers, donations can be made in his honor to the:
Mt. Vernon Education Foundation, 1806 W State Rd 234, Fortville, Indiana 46040 or online at https://mtvernonfoundation.org/donate/