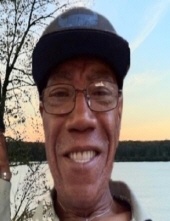 Patrick E. Henry Sr. passed away from this world on Tuesday, May 3, 2022 at 4:14am. Patrick Henry will be missed by his loved ones! His departure truly came at a time, when he was ready, as well as God, who calls us all home at some particular point.

Patrick Eugene Henry Sr. “Butch,” was born to George Patrick Williams and Eula Mae Henry on Friday, March 25th, 1955 at William H. Coleman Hospital, in Indianapolis, IN. A true Hoosier Native! Patrick accepted Christ early on in life and fostered his own relationship with God. He was baptized at Grace Apostolic Church under the late Bishop Golder. He graduated from Crispus Attucks High School and attended college after serving in the military, where he was an Engineer. Patrick was a true jack of all trades.

He explored careers in multiple Industry Sectors. Being a Class-A CDL Driver in the transportation industry, afforded Butch the opportunity to do one of his favorite hobbies, which is traveling. Entrepreneurship was his true passion! It provided him the “freedom to live life to its fullest.” Butch had many business endeavors, and was passionate at doing what he loves so that it would not feel like work. He loved long drives on old country roads. He resided in many states throughout his lifetime. His medical industry work showed him how God has blessed us with, life-prolonging abilities, during his tenure employed as a Surgical Tech and Hospice Care worker.

CB radio operator was a memorable time for most of his family! He was a mechanic, musician, ice cream truck owner and operator, food cart vendor, expert car dealer, and detailer, top flight security, lawn care expert, and dog walker (literally and figuratively). His final business endeavor was working for a fresh fruit stand. He and the owner planned to open a grocery store in one of the local food deserts. This fueled his passion for rekindling his love of gardening, especially, growing watermelons.

Did you know that one of “Butch’s” favorite days of the week was on Friday? Friday was a time to unwind, spend with loved ones, or simply indulge in hobbies that he enjoyed! Some of Butch’s hobbies were fishing, chess, gardening, writing songs, singing, producing music, playing cards, and dominoes. He also enjoyed working the polls as a hobby. He was excellent with any instrument he played! He could play the guitar, bass, violin, piano, drums, and that’s just to name a few instruments he played. Butch loved to make his family laugh. He also loved to put us in our place when he thought we were wrong. Butch will be missed! “Who’s gone be on first?”