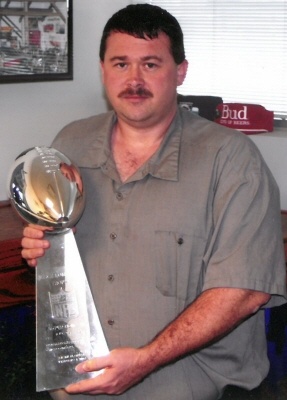 Patrick "Pat" Edward Curry, 50, of Greenwood passed away suddenly due to complications with Covid on January 17, 2021. Patrick was born on October 31, 1971, to Marcia Arlene Curry and Carl Edward Curry in Franklin, Indiana.

Pat graduated from Whiteland Community High School in 1990 and went on and joined the Army. After basic training and AIT at Fort Benning 1990, he was stationed in Germany from 1991 to 1993 then on to Fort Stewart Georgia from 1993 to 1994 and was later Honorably Discharged on February 25, 1998, due to a training accident.

Pat was employed with Ray Skillman Hyundai as a Manager in the Parts Dept, He began working at the formerly Reeves Pontiac Buick location in the parts dept in 1995. Pat enjoyed working in the military and had planned to make it a career until a training accident led to his exit. However, he enjoyed collecting firearms and spending time at the gun range. He also loved his F-150 and upgrading it.

In lieu of flowers please feel free to make donations to the Wounded Warrior Project
To order memorial trees or send flowers to the family in memory of Patrick Edward Curry, please visit our flower store.