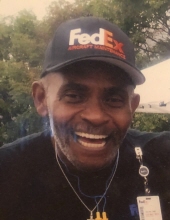 Oscar Lane Jr. was born on September 22, 1947 in Wilson County, in a small town called Black Creek. He was one of nine children. His parents were the late Oscar Lane Sr. and Sallie Barnes (aka Flora).

Oscar attended Springfield Lucama High School where he completed his high school education, located in North Carolina. After graduating, he developed high expectations in accomplishing other life goals. This drive for more, lead Oscar to leave Wilson North Carolina. He directed his attention to a place that would offer him more work opportunities and success. This decision would include focusing on advancing his skills and enhancing his financial growth. Consequently, Oscar decided to leave Wilson NC and move to New York in order to excel.

Life in New York was certainly different and Oscar quickly adapted to the fast pace, and continued exploring the excitement of a new way of life, in the Big Apple. This new place offered Oscar so many diversified employment opportunities, as he started his career in sales and became a Manager within a Department Store (similar to Alexanders). Oscar was looking for greater work prospects, so he later sought employment within the Airline business at the (JFK airport). In the 1970s he started working for Seaboard World Airlines. Another management took over Seaboard Airlines in October 1980 by the name of Flying Tigers. Nine years later, Fed-Ex took over Flying Tigers in August 1989. Oscar first served as an aircraft cleaner, then he was promoted to the Tool room attendant, and later became a Lead of the Tool Room. In 1996 the entire Fed-Ex Aircraft Maintenance Hanger (previously located at the JFK airport) was relocated to Indianapolis, Indiana. In his new position as Lead Aircraft Tool Room Attendant, Oscar played a pivotal role in the structure and development of the Tool room practices and their current procedures of the Fed-Ex Industry.

Long before Fed-Ex relocated to Indianapolis, Oscar Lane Jr met the acquaintance of Linda White in Queens New York, and their relationship began and flourished. Since Oscar was one of the 55 employees who made the decision to leave NY and follow the path of Fed-Ex’s move to Indianapolis; He and Linda decided to take the leap of faith to relocate their lives to Indianapolis, for another fresh start. They wedded while living in Indianapolis.

Oscar Lane Jr was SO Loved by so many, who enjoyed his charismatic and jovial ways. His personality was one who listens actively, and he was pleased to give good advice and to offer his true life experiences. He was definitely a “People Person” who really enjoyed talking socially and interacting with others. Oscar was great at it! His warm and funny personality, determination, smiles and great conversations were shared with his family, friends, co-workers and neighbors. We will sincerely cherish ALL those memorable moments that we shared together with him.

Oscar leaves behind to cherish precious memories: His wife Linda Lane; His daughters Tammie Lawrence and Tameka Fowler; His son (Spanky) Oscar Lane III; His older sisters Dorothy Ward of NC and Josephine Dew of NC; His Brother in law Howard N. Pickard ; His two Son in Law’s Dave Lawrence and Von Fowler; His grandchildren Dayzha Lawrence, Saniyah Fowler, and Shaun Fowler; His adopted brother and life-time friend, Rodney Mac Donald; His adopted son and life-time friend, Yves Leo Lamothe; A Host of nieces, nephews, cousins, and all the special friends of the family.
To order memorial trees or send flowers to the family in memory of Oscar Lane Jr, please visit our flower store.