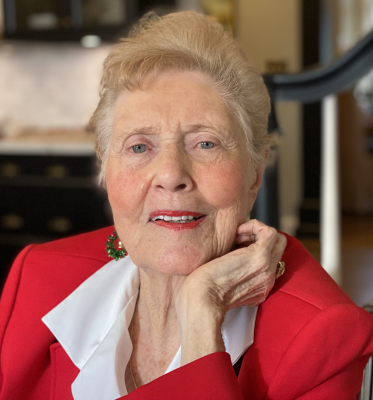 Norma K. Peele, 97 1/2, of Greenwood, Indiana, passed away peacefully on Sunday March 27, 2022, surrounded by family. She was a resident at the Compass Park nursing home in Franklin, Indiana. She was born September 28, 1924, in Greensburg, Indiana. She was the daughter of William Russell Pool and Ethelene (Powers) Pool.

Visitation will be from 10:00 to 12:00 at Indiana Funeral Care, 2433 East Main Street, Greenwood, Indiana. Funeral services will be held at 12:00 on Thursday March 31, 2022 at the funeral home, officiated by Marvin Wright. Burial services will be held at 2:00 in South Park Cemetery in Greensburg, Indiana.
To order memorial trees or send flowers to the family in memory of Norma K. Peele, please visit our flower store.