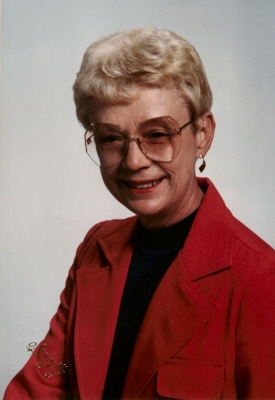 Norma J. Hurrle, 89, of Greenwood, Indiana passed away on Wednesday, August 4, 2021 from complications due to heart failure. A funeral mass will be held at Our Lady of Greenwood in Greenwood, date to be decided.

The daughter of Thomas and Maude Kirkham, Norma was born September 29, 1931, in Indianapolis, and graduated from Southport High School in 1949. She married her high school sweetheart, Joe Hurrle on May 23, 1953 at St. Mark's Catholic Church in Indianapolis, and they shared almost 60 years together.

Norma was a great cook and loved to dance. She and Joe could really cut a rug. She enjoyed sewing, crocheting, and computer games. Some of her fondest memories were of her and Joe fishing together in Canada and Alaska.

She is preceded in death by her parents, Thomas and Maude; husband, Joe; infant son, Stuart Hurrle, and son, Stephen A. Hurrle.

Stan and Diann would like to thank Melaina and Darla of Community South Hospice Care for the kind care and compassion shown to Norma. They were a true blessing.
To order memorial trees or send flowers to the family in memory of Norma Joann Hurrle, please visit our flower store.