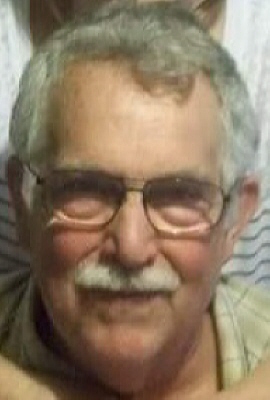 Nicholas Joseph Rubbo II, 73, of Greenwood Indiana lost his battle with cancer on Thursday, December 2nd, 2021, at 2:45pm. He passed away at home surrounded by loved ones.

Nick was born in Detroit Michigan on June 26th, 1948, the first son of Nicholas Joseph Rubbo and Helen Rita (Wittersheim) Rubbo, both now deceased. When he was six, his family moved to Garden City Michigan. There he attended and graduated from St. Raphael Grade School and Garden City West High School. At the age of 19, he was drafted into the Army and served in Vietnam. He continued his service in the Naval Reserves and assisted the Air Force during Desert Storm. He purchased a home in Detroit with his first wife and lived there until his divorce. With his second wife, he traveled to Belleville Michigan, Spring Hill Florida, Mooresville Indiana and then settled in Greenwood.

As an aircraft mechanic, Nick traveled all over the world with ATA (American Trans Air) for 22 years. He worked on all types of engines, enjoyed cement work on the side and was very handy in the garage.

Nick, the man, first of all, loved his God. Understanding the Bible and it's Word were extremely important to him. He was also patriotic and all his life he was very dedicated to his country. He was a happy-go-lucky person, who loved to make you laugh with his jokes and kidding around. The things that brought him joy were his family, especially his loving wife, Janis, his co-workers and friends, being of service to his church, and preaching to all he met about the love of God, whenever the opportunity presented itself. He had a special touch with animals, babies, the mentally and physically challenged, and all children. Listening to Christian music inspired him in his daily life. He was humble, a home-body, who did not like to have the attention focused on him. His strong faith and belief in God gave him hope for the future. Nick always made light of his illness as he valiantly fought the cancer with tremendous courage.

In lieu of flowers, Nick would have preferred that you help the family with his final expenses. Medicare and the VA covered most but not all of the massive medical bills. Send your gifts to Janis Rubbo in care of Village Bible Church.
To order memorial trees or send flowers to the family in memory of Nicholas Joseph Rubbo, please visit our flower store.