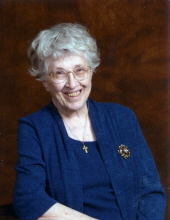 Born April 1, 1931, in Bronx, New York, Natalie was the daughter of Eugene and Alexandra Otdelnoff of Novorossiysk, Russia.

She was raised in Lakewood, New Jersey, where she was a devout communicant at St. Alexander Nevsky Cathedral. An alumna of Douglass College at Rutgers University, she married Dr. Charles Bozidar Ashanin in 1958. They settled in Indianapolis in 1968 where she held professional positions with Indianapolis Public Schools, Butler University, the Indiana Council of Churches, and the Marion County Health Department before retiring in 2000. She was an avid writer, making significant contributions to the body of work in Orthodox religious education. Proud of her Russian heritage and language skill, she read widely in Russian history and was awed to attend the celebrations for the Millennium of Russian Orthodox Christianity in Moscow.

Visitation and Trisagion service will be held Friday, April 8, 2022 from 4-7pm at Indiana Funeral Care, 8151 Allisonville Road, Indianapolis, IN. Divine Liturgy and funeral service will be held Saturday, April 9th at 9:00am St. George Orthodox Church, 10748 E 116th Street, Fishers, IN, followed by internment at Crown Hill Cemetery. The family requests that masks be worn while in attendance.

The family wishes to thank Sarah Phelan and Aly Weber of Brighton Hospice and Alicia Taylor at Marquette for their attentive care in her last days.

In lieu of flowers, the family requests memorial donations be made to the National Black Nurses Association or to Brighton Hospice in recognition of the healthcare workers who provided such excellent care to her during her final years.

To order memorial trees or send flowers to the family in memory of Natalie Ashanin, please visit our flower store.