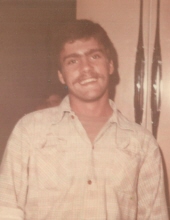 Michael (Mike) F. Barker passed away peacefully on April 21st, 2022, in Noblesville, Indiana. He was born October 6th, 1959, in Indianapolis IN to the late John B. and Sue C. Barker. Mike was a 1977 graduate of Arsenal Technical High School in Indianapolis IN. His favorite classes were debate and history.

Michael served in the US Navy, working in the engine rooms aboard several ships. His favorite destinations were along the European coasts. After military life, Mike returned to Indianapolis’s East Side.

The family would like to give a special thanks to Melanie Dixon for her care and beside vigil, during Mike’s final weeks.
Michael’s Celebration of Life will be held Monday May 16th, 2022. From 2:00 – 4:00PM at Harry W. Moore Chapel 8151 Allisonville Rd. Indianapolis, IN 46250.

In lieu of flowers donation may be made to Suburban Home Health 15 Muskegon Dr. Greenfield IN 46140, or donor’s favorite charity.

To order memorial trees or send flowers to the family in memory of Michael F. Barker, please visit our flower store.