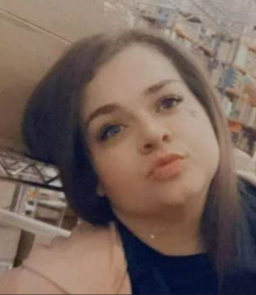 Indianapolis – Megan McClusky, 22, passed away unexpectedly on Thursday, June 16, 2022, at her residence in Indianapolis, Indiana. Megan was born on October 29, 1999, to Diana Taylor (Pattyn) and Ralph McClusky Jr.

Megan enjoyed spending time with her two children, Tyler and Nevaeh, practicing cosmetology, cooking, watching movies, and hanging out with her friends, family, and her sister Brooklyn. Megan was raised by her mother, Diana, and stepfather James Taylor.

Proceeding her in death is her fiance, Tyler Kole Cline, and her paternal grandfather, John Pattyn.

A viewing will be held on Thursday, June 23, at 11:00 a.m, with services starting at 1:00 p.m at Indiana Funeral Care in Indianapolis, Indiana.

To order memorial trees or send flowers to the family in memory of Megan N. McClusky, please visit our flower store.