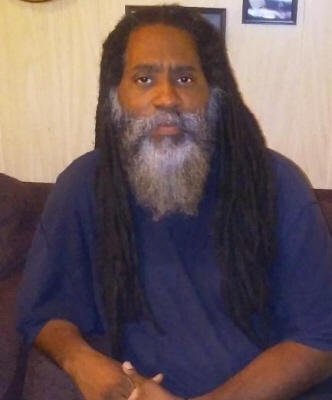 Maurice Antwon Young (known to his family as “Marty”) was born on Thursday, February 15, 1968, in Indianapolis, Indiana. He completed his journey at the age of 53 years old on January 31, 2022. He was the son of Pearletta (Young) Stovall and a Veteran father, James Edward Riggs, and was raised by his Daddy, Garland Gaither Stovall Jr. Both fathers preceded him in death. He is the fourth out of a total of seven children: Debra Holmes (Michael), Karen McKinney, Vanessa Stokely (Sheryl), Devon Stovall, Kimberly Stovall, and Kristina Stovall. Other additions to the "Stovall clan" are Paul Middlebrook and Larry Poston. Maurice also has two siblings from his biological father - James Edward Riggs Jr. and Carla Grant Riggs.

Maurice was very fond of his nieces, AuBrayon Bethea and Tanysha Goodlow; and his nephews Trey Holmes, Derrion Stovall, Taylor Ford, and Elijah Kirksey; as well as his cousin, Jamaris Osborn. Maurice was loved by his great-nieces and great-nephew, a tribe of aunts, uncles and a host of cousins that will cherish his memory forever.

Maurice was raised in a strict home with a mother who was a disciplinarian. Of course, Maurice was a frequent participant in the disciplinarian activities because of his atypical increased energy and activities. Maurice was a high-maintenance toddler. He needed to be continuously entertained. His mother talked to him while she did chores and cooked. It was not important 'what' she was saying, but rather that he heard her talking to him. Maurice was an advanced learner, always thinking and able to grasp, absorb, and retain information. He was given a saddle potty that he thought was a toy. Consequently, he was always sitting on it which resulted in being potty trained at eight months. He attended pre-school, so by the time he started kindergarten he knew his full name, address, alphabet, and number 1-10. Once he learned something he would become bored if you kept repeating it. However, this created a challenge in the classroom, because while the other children were learning what he already knew he had nothing to fill up his time. Thereafter, his mother worked with the teachers throughout his elementary level to give him extra things to do in the interim. Maurice had a brief bout with Mononucleosis at five years old because he and his dog Chant shared food. The prescription for his diagnosis was six weeks’ bed rest, which was an impossible task. The silver lining during his convalescent was extended uninterrupted accelerated learning that kept him really busy.

Maurice’s early childhood was filled with curiosity, eagerness for knowledge and always asking questions, especially about things he did not like doing such as sleeping; “Why do people have to sleep?” “Why does the rain come from the ground?” This notion about rain came from his observation when the rain fell and hit the ground it splashed upward, however, he saw it as coming from the ground and rising. This question was later put to rest when a teacher showed him scientific proof.

He was diagnosed with ADHD in elementary school, which later was his contribution at home as an outstanding babysitter. He loved playing with his younger siblings. He played until they were completely tuckered out, and they would beg their mother to make him stop so they could rest. He was put on Ritalin, and his diet was changed. He had to drink coffee each morning before going to school, was not allowed to eat any food with red food coloring, and had to go easy on sweets, especially on school days. This new regiment curtailed his behavior very minimally, so it became important to keep him occupied as much as possible. Continued activities became his families ‘new normal. The older he got the more challenging it became, his energy accelerated particularly affecting his younger brother, who received the brunt of his energy. When Maurice was first put on medication, the doctor warned his parents that he probably would not sleep the first night, and he did not. Bedtime was not a fun time, especially for his brother. Each parent was on watch duty. The boys had bunk beds, Maurice on the bottom and his brother on the top. When Maurice was not standing on his head and banging his feet against the wall, he was kicking his brother out of the top bunk. Maurice was also responsible for his brother losing one of his front teeth, his parents thought it was knocked out during football season.

Growing up as a pre-teen his outdoor activities included Little League Football and the various activities at the Boys Club, where he learned to swim and traveled to other cities to participate in joint activities with other Boys Clubs. Roller skating was also an activity enjoyed by him and his friends. His favorite indoor pastimes were playing with GI Joe figurines, Hot Wheels, and track, and later transitioning to cutting broom handles up to make Num-chuks practice karate moves. As a teen, Nintendo was all the rage and it became an obsession for him to beat the game, which he finally did, and once he turned the game over he was finished with gaming. His next interest was singing and dancing. A group was formed called “Every Girls Dream” or EGD.

During the summertime, excitement was at an all-time high when the family headed south to Tennessee, the birthplace of Maurice’s mother, paternal and maternal grandparents, Floyd and Marie Young (both proceeded him in death). Most families lived out in the country on farms. A perfect place to run free and explore the wilderness, the livestock, and observe all the typical daily farm chores without the usual close eye of his parents.

Maurice, his brother, and cousin, Paul Julius Middlebrook attended every prom once they started high school as freshmen. The parents felt they had investment shares in tuxedo rentals, limousine/rental cars, and floral companies during this four-year high school period, and of course, one cannot forget the extra money needed for dining before the prom and prom pictures. He was in the Magnet Program at Crispus Attucks and finally, graduation from Northwest High School came. His parents suggested options, going to college or going into the military. Maurice wanted to take time off to regroup before he decided. Later Maurice attended Xavier University in Cincinnati, OH, and received his Associate degree.

Maurice was raised in a Christian home and later as an adult heard and believed the Gospel by faith, thereby becoming a member of the Body of Christ. He rested in the spiritual accomplishments of the finished work of the Cross. His purpose, service, and ministry were the result of Christ working itself out through him, as he voluntarily applied God's wisdom to the details of his life working with the homeless population. Hospitality and compassion were learned behavior he acquired from his parents that trickled down to him. This was exemplified when he attempted to rescue his best school friend that had run away from home, by hiding him in the basement of his home without his parents’ knowledge for at least a week.

Maurice was considered by most as a gentle giant with a 6'4 stature, and with an appearance of long dreadlocks and graying beard. He was often referred to and fondly known as Moses by his homeless friends. He was their advocate, their friend, and their voice and ministered to the homeless by way of sack lunches three times a week, helping them find resources for their various needs. He even facilitated a baby shower for a young teen mother-to-be.

In his later years, he was still very active, and still asking the question "why?" He was watching out for the underdog, the disenfranchised, and helping to influence policy for his homeless community. He wanted society to understand his homeless population by accepting public speaking engagements in order to share with them the "homeless experience." Maurice was an Educational Speaker and a Ted Talk Communicator.

An interview with Maurice was done and a segment of his ministry was documented called "The Advocate." The website can be viewed on https://avanan.url-protection.com/v1/url?o=https%3A//you.be/hgZZ7r-AR3A&g=N2NhODI2OWViYmNhMWFkMQ==&h=NzkzYmFjYmI4YTBlMGNhMzQwODc4YTdhZTVhMjk0NjA0Mjg4MzFiMzhkYWQ5OWQwYjQzNjg2N2VjODJkMTM1NQ==&p=YXAzOmluZGlhbmFmdW5lcmFsY2FyZTphOm86NDkxOTIzMmYyYjJjZmU0NjlmNDVmNzJmODE2YjMzMDU6djE6dDpU.

Other sites are available for viewing by typing 'Maurice Young Indianapolis' into the YouTube app where you can find him on Ted-X, Creative Mornings, and SWBC Visit.

Maurice was smart and intelligent. He was a husband, father, grandfather, son, grandson, brother, uncle, nephew, cousin, friend, and an advocate who was greatly loved. He has left a legacy that will last for years to come. Our family's overwhelming pride in his accomplishments out weight the pain and grief of his passing. We take comfort in the fact that he left this world a better place. Maurice will be missed by a host of relatives, family, friends, and his homeless population.
To order memorial trees or send flowers to the family in memory of Maurice Antwon Young, please visit our flower store.