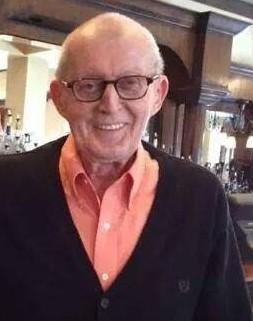 Marvin (Pete) Antonides, 90 of Fishers, IN. passed away on Tuesday, May 17, 2022. Marvin was born to the late Floyd Antonides and Clara Whitehead Antonides in Detroit, MI on October 9, 1931.

Marvin married Rosemary Burk of Noblesville, IN. on March 6, 1954. He retired from General Motors and Pike Twp schools. Marvin enjoyed woodworking and helping as an assistant on a Hot Air Balloon crew. He graduated from Clown school as an “Auguste clown.” They are known for being a stupid, clumsy character who couldn’t figure things out.  When he transformed into “Toby” the clown with his rainbow hair, big red nose, bright yellow jacket, rainbow pants and huge red shoes he turned into a little kid.  He enjoyed visiting hospitals and brightening the patient’s day.  Marvin also enjoyed helping with equipment transportation for the Mt. Vernon High School Marching Band and various Handbell choirs that his daughter participated in.  He was also a Highly Valued and unbiased member of quality control team for his daughter’s 4-H cooking projects.

Marvin was a Member of Fishers United Methodist Church and Jail Ministry team, Masonic Lodge #207, Fortville, IN.  He also served in the United States Air Force 1951 to 1955

Marvin is survived by wife Rosemary (Rosie) Antonides and daughter Kathy Antonides of Fishers, IN

He is preceded in death by his brother Everett (Bud) Antonides and sister Everdene Antonides Jones.

In lieu of flowers please make donations to:

To order memorial trees or send flowers to the family in memory of Marvin L. Antonides, please visit our flower store.