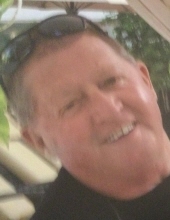 Martin Lawrence Parmeter departed this life and went home to be with his Lord and Savior on Sunday, July 25, 2021. He was 76 years old.

On June 7, 1993, he was united in marriage to Barbara Elaine (Stellhorn) Parmeter. They had shared 28 loving years together.

Larry was a man of strong faith. His faith was evident to many as well as his passion for men’s ministry. He was very involved with young people and was a CASA advocate as well as a teacher, coach, and counselor.

He was compassionate, loving, and deeply cared for his family. He leaves behind his loving wife, Barbara, of Lebanon; five kids, Sandy (Kasey) Cook of Taylor, Michigan, Tim Parmeter of Thatcher, Arizona, Robin (Heather) Cook of West Lafayette, IN, Mark Cook of Lafayette, IN, Tara (Scott) Parmeter-Seuferer of Rochester, IN, nine grandchildren and 2 great grandchildren. He is survived by his brother Terry Parmeter of Logansport, IN, Ginny Rust of Orlando, FL, and Shirley (Stan) Hill of Orlando, FL, and four nieces and nephews. In addition to his parents, Larry was preceded in death by his grandson Ryan.