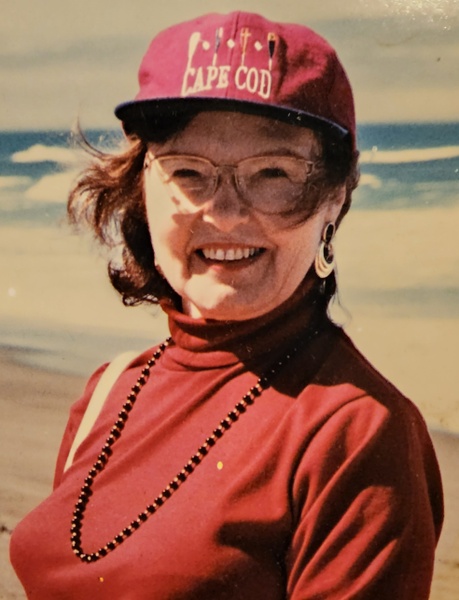 Marion Carter of Greenwood, IN passed away peacefully at her residence at 3:30AM on Saturday, June 4, 2022.

Born & raised Marion Joyce Meier in Rockport, IN to Walter H. Meier and Elizabeth (Coomes) Meier, Marion grew up as a farm girl and was salutatorian of Rockport (Evansville) HS class of 1945. She received her B.S. in Medical technology with honors from Indiana University and was a pensioned retiree of Community East Hospital where she had worked as a laboratory tech in Indianapolis, IN.

Marion was a Sunday School teacher, 10 year grade school math tutor, and a 10 year volunteer at IU West Hospital. She was a very accomplished knitter and seamstress, making all of her clothing from scratch for many years. Other hobbies included antiquing, home restoration/DIY projects, flower and vegetable gardening, cooking & canning, line dancing, reading, and learning something daily such as new animal species. Marion kept young by having goals. At 94 she was mentally sharp and never stopped learning.

Marion was married to Dale R. Bowers (deceased 2007) for 23 years and to Donald S. Carter for 33 years, until his passing in 2009. For the past 4 years she lived with her last love, Mr. Bill Coleman. She was pre-deceased by her younger sister, Lois Meier.

She is survived by her two sons Richard (Rick) L. Bowers (71) of Elwood, and John W. (Jack) Bowers (63) of Trafalgar, granddaughter Danielle Marie Bowers (33), and great-granddaughter Gabriella (Gabby) Rose Richardson (3) both of Columbus, IN.

Marion requested that there be no viewing and no marker. Her wish was to be cremated and returned to the Earth off the bridge and into the stream at her childhood farmhouse, which she fully restored almost single-handedly, with the exception of the electrical and some roofing work.

In lieu of flowers, Marion's wish was to make a donation to any form of medical research.

To order memorial trees or send flowers to the family in memory of Marion Joyce Carter, please visit our flower store.