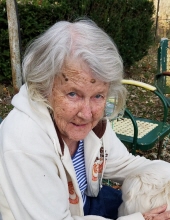 On February 20th, 2022, Marcia Lynn Durnal lost her battle with colon cancer. She now walks with no pain in the presence of Jesus.

Marcia was born November 4, 1940, in Muncie, Indiana and adopted by Edna V. Johnson (Moore) and George Johnson of Muncie. Marcia enjoyed traveling and spending lots of time at the Chain-o-Lakes in northern Indiana.

After the sudden loss of her father Marcia immersed herself in music and learned piano and voice. Her mother later remarried Mr. O. Earl Pittenger who started Pittenger Farms and where Marcia would take part in showing quarter horses.

Marcia graduated from Royerton High School in 1959 where she accelerated in her music accomplishments. She soloed in local as well as state competitions winning a first score many times. She also met her high school sweetheart, John Durnal.

In 1960 the two were married and she entered the life of a military wife. After seven years of moving around the nation and Alaska, the couple moved to a warmer climate and settled in South Florida. There is where Marcia found her calling and the fostering began. The couple lived there several years raising their own daughter as well as many children in need of caring homes and a loving family. Moving back home again to Indiana she became choir director of Eaton United Methodist Church for several years. And not only did she resume fostering in Delaware County, but Marcia became a CASA Advocate on behalf of the children in the system. Shortly after their arrival back to Indiana the couple adopted two of those children and later one more. She said, "I finally got the four kids I wanted". Those were the ones she got to keep because in the 29 years of fostering well over 75 children received love and caring that they may not have ever known by a woman filled with plenty of love to give.
Marcia is survived by her Husband John Durnal of Martinsville; Daughter Kathryn Julayne Jester of Martinsville; Son James Donald Durnal of Bremerton, Washington; Daughter Dawn Marie LaFollette of Muncie; Son Shawn Durnal of Washington, Indiana. Grandchildren: Steve Jester, Greg Jester, Alex Durnal, John Carl Durnal, Holly Durnal, Leeza Jernigan, Zach Jernigan, Janell Durnal, as well as 3 Greatgrandchildren.

Funeral Service will begin at 1:00 pm

To order memorial trees or send flowers to the family in memory of Marcia L. Durnal, please visit our flower store.