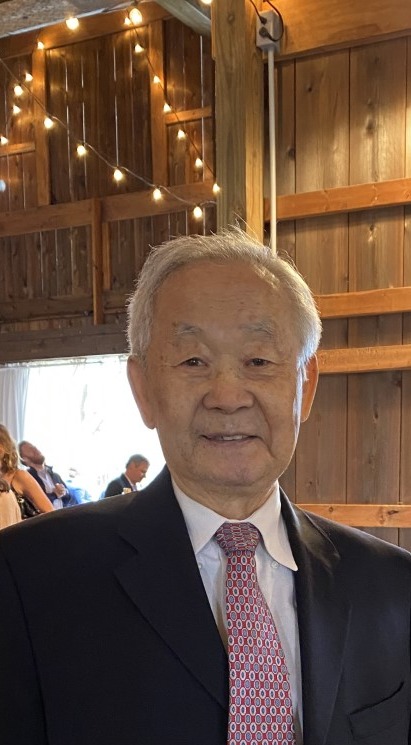 Man Chul Choi, 83, went to be with the Lord on Tuesday, May 31st, 2022, in his home in Westfield, IN. He was born to Ju Ho Choi (father) and Joo Sung Kung (mother) in North Korea on May 10th, 1938, the 4th of 6 children. He escaped North Korea at the beginning of the Korean War at the age of 12 with his father and four of his siblings, leaving behind his mother and youngest brother who stayed to care for his ailing grandfather. They fled to South Korea, believing they would be reunited shortly, and never imagined that would be the last time they would see each other.

Man’s family rebuilt their lives in South Korea, where he finished his Master’s Degree at Hanyang University and became a chemical engineer. He met his beautiful wife, Nam Su Jo, a pharmacist, and they married in 1969 and had two wonderful children. In the mid-70s when things were again becoming unstable in the Korean peninsula, Man and his family decided to immigrate to the United States to build a better and safer life. In the US, Man and his wife owned several small businesses during their working life, including a small cafeteria in Noblesville called Beanies Cafeteria.

Man loved his family, was an avid golfer, loved his church and served as an elder at Eunhye Korean Presbyterian Church. He was a man who found delight in his 5 grandchildren, nature, fishing, being near the ocean, and sometimes cheating at games. He had a goofy sense of humor and a Godly serving heart.

Man is survived by his loving wife of 53 years, Nam Su Choi, his son Alexander Sang-Il Choi and his wife Jennifer, his daughter Ryo Kyung Choi and her husband Mark, and 5 total grandchildren – Elijah, Gabriella, Emma, Sadie, and Spencer.

Man is also survived by his older brother’s (Hyung Chul) family in Korea, and his sister Kyong Soon Moon and her children and grandchildren, his brother (Mark) Eun Chull Choi and his wife (Anna) Myung Hye and their children and grandchildren. He is predeceased by his parents, older brothers Hyung Chul and Han Chul Choi and his wife Kyung, and his sister’s husband Sung Young and niece Hae Kyung and grandnephew Joshua.

To order memorial trees or send flowers to the family in memory of Man Chul Choi, please visit our flower store.